A Brief History of Beef 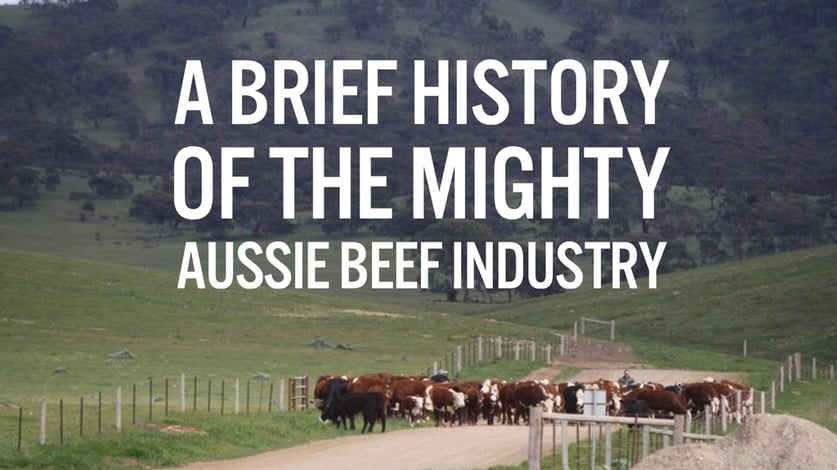 While seeing a herd of cows grazing on the pasture seems an iconic country Australian vision, have you ever stopped to consider the history of beef in Australia? Buckle up for a brief history on beef. It’s a catchy title, we know.

Where Do Cows Come From?

Cattle descend from the wild European Aurochs. At about 1.5 times the size of modern day cows, Aurochs also had enormous horns and could weigh as much as 1,000 kilos. Humans began domesticating the species about 8,000 years ago, resulting in an animal that has little in common with its heftier brethren. Most of the beef cattle and dairy cow breeds we consume have descended from those same European stock.

When Were They Introduced in Australia?

European settlers arrived in 1788 with a tiny head of cattle. This number rapidly increased during the immediate years after settlement.

By 1900, the beef cattle herds in Australia had risen to over 8.6 million.

The impact of the two World Wars saw the numbers remain at a stable rate, but world beef prices collapsed in the mid-70s, which led to a decline in beef herds. In the mid-90s, an increase in demand led to an explosion in numbers. Currently, there are an estimated 26 million cattle in Australia. 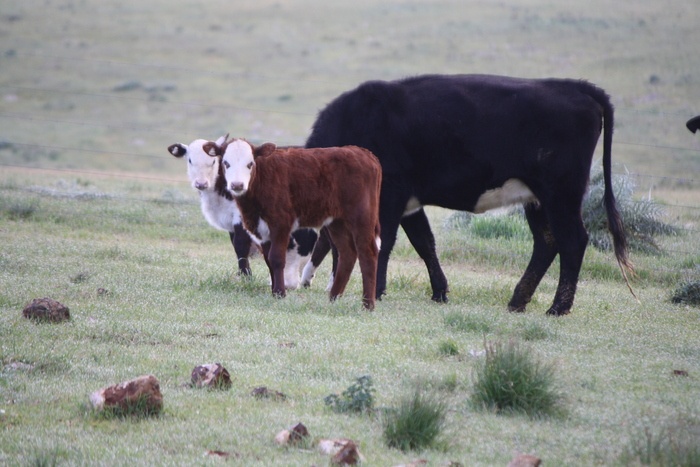 How Has Environmental Farming Changed?

Agriculture, including sheep and beef, has radically changed the Australian landscape. These animals were introduced at a time when sustainable farming practices were not even invented, let alone followed.

Modern farming practices have shifted on their axes, from one of incidental environmental damage to an all out environmentally-friendly approach.

Using ethical and sustainable beef production techniques like those used at Princess Royal Station means that the environment, the consumer, and the animal benefit.

How Important is the Beef Industry in Australia?

Beef farming is one of Australia's primary agricultural industries. It supplies 1% of GDP (gross domestic profit) and is estimated to worth around $8.6 billion. While not the largest world producer of cattle, Australia is in the top ten and we export nearly 1 million tons annually.

Even with our difficult South Australian conditions and climate, we are renowned for producing amazing tasting beef. Princess Royal Station raises some of South Australia’s best beef, putting the love and passion they feel about their industry and community right back into the pasture and believes you can taste the results for yourself.