With them, Europeans brought their agricultural practices. In 1836 pastoral holdings expanded in the state and wheat crops, sheep and wool, vines cattle and other horticulture flourished until drought struck the state in 1864 to 1866. (SA History Hub)

This was also the time when surveyor-general George Goyder established the Goyder Line, which became known as the line beyond which land is not suitable for agriculture.

However, at the time was known as a line beyond which pastoralists might receive government assistance. This line lies just beyond Princess Royal Station’s land holdings in the Mid North. (Southern Flinders-Mid North)

The South Australian government’s commitment to agriculture in the state continued with the establishment of a railway system and small government loans. In the lower South East of the state, drainage works begun to help to eliminate the areas which were partial to flooding. (SA History Hub)

Well before the Department of Agriculture was formed in 1902, Acts of Parliament were formed to protect South Australian producers. Some of these included the sheep Scab act in 1840, Cattle Importation Act, 1861, Stealing Cattle in 1840, the Stock Act in 1861 and the Stock Diseases Act in 1888, as well as others. (Primary Industries & Regions SA) With the discovery of copper in the Mid North the demand for meat and other animal products increased. The wool industry continued to prosper as the demand for woollen products increased in both Australia and Europe. “flocks and herds gradually increased and then for the next 80 years fluctuated in size with droughts and changes in markets. For instance, South Australian cattle numbers fluctuated between 200,000 and 400,000 until the early 1950’s.” (Primary Industries & Regions SA)

Before refrigeration, slaughtering had to be conducted locally. A public slaughterhouse was constructed near Thebarton in 1841 and was where all the cattle within an approximate 5km radius of the city were slaughtered. In 1884 this slaughterhouse was replaced by one which was constructed on the current Bonython Park in 1880. In 1884 the Adelaide Corporation Yards cattle market was constructed, known as ‘Newmarket’. Regional sale yards had also been set up to cater for the increase in cattle numbers in the South East.

The introduction of refrigeration in the 1880s meant that the meat and livestock industry would continue to expand.

By 1913, a new state of the art Abattoirs and sale yards were constructed. The Gepps Cross market and Abattoirs thrived until 1997 when the area was sold by the government. As a result, a new private sale yard was constructed at Dublin, North of Adelaide, which still operates today. (Primay Industries & Regions SA)

Large meat processors such as T&R Pastoral, today known at Thomas Foods International, born in the late 1960’s (The Great Cattle Traider, P17) and expanded into a cattle processing and exporting company. As well as Teys Australia’s venture into the South East of South Australia in 1999.

South Australia has built a sturdy reputation for producing high-quality produce and products. These include vineyards, cereal crops, horticulture, livestock meat and products, as well as many others. The state's producers are also supported through various agencies and laws, protecting and improving agricultural industries.

If you are interested in learning more about the history of the livestock industry, check out Bob Rowe’s Biography here. 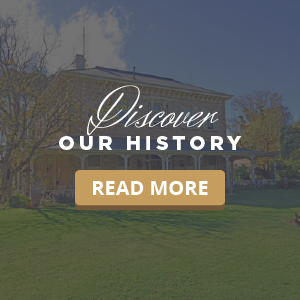