Most people don’t appreciate that there is more than meets the eye when it comes to cattle. It would seem that they spend most of their time grazing and lazing around, but they are actually quite interesting and somewhat complex animals.
Cattle are prey animals, this means that they possess natural instincts to herd together and are adapted to identify and flee threats. Their eyes are positioned on the side of their head giving them a wide 330-degree panoramic view to either side. Their blind spot is directly behind them, so it is never wise for handlers to approach cattle from directly behind. They also have good hearing, assisting in identifying a potential threat, instinctively they will turn to face it at a safe distance to get a better view.
Cattle don’t have great depth perception, this is why it is common to see cattle lowering their head when they approach a dark drain, ramp, shadow or object. But they do follow the leader, so once the first has identified that the dark shadow is safe to pass over, chances are that the cattle behind it will follow without much hesitation. 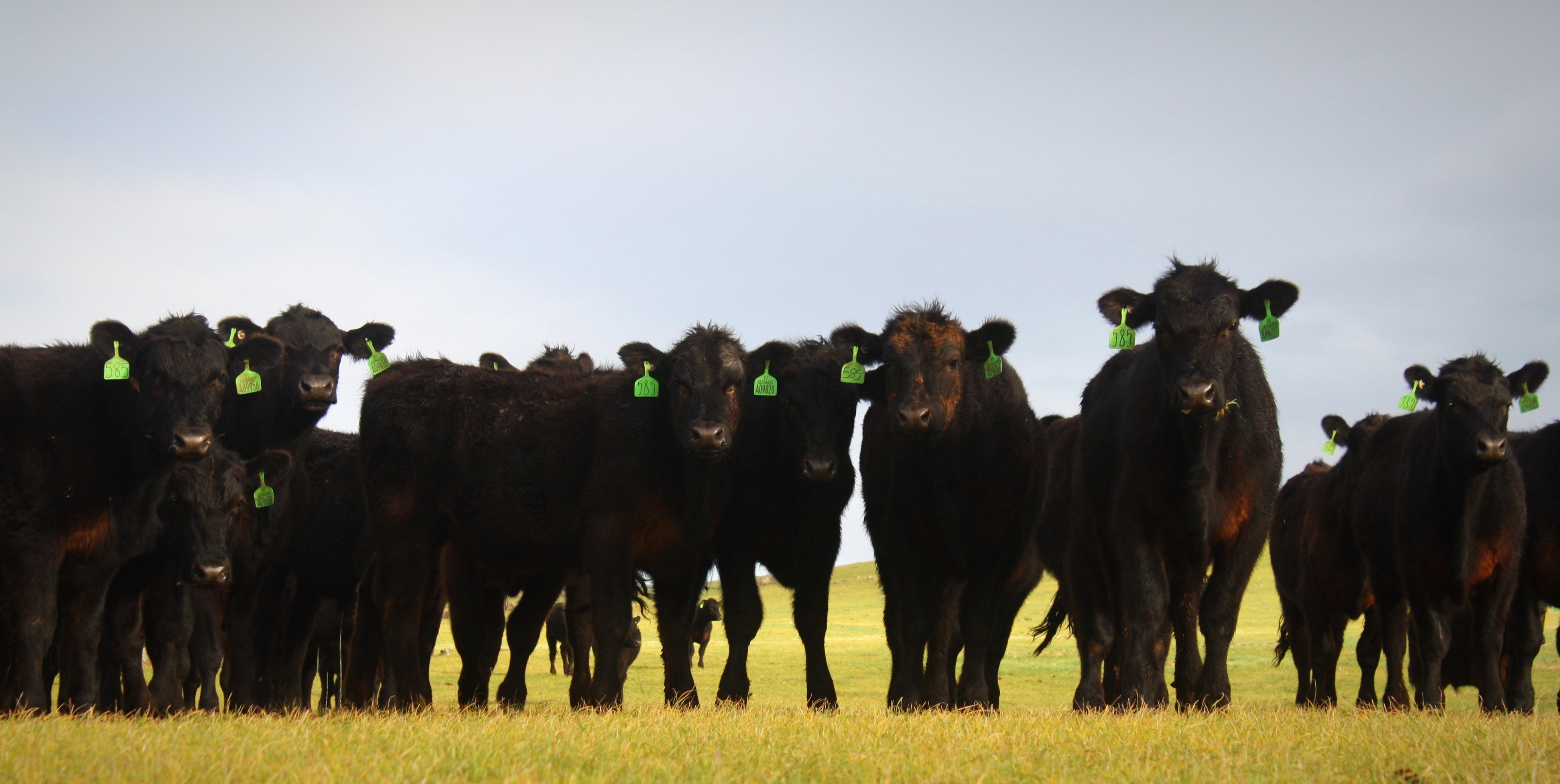 Cattle have what is known as a ‘flight zone’. This is the distance that the animal deems to be safe between the threat and themselves. If a threat closes this distance, the animal will move further away to maintain it.

The flight zone is an important concept for livestock handlers to understand when they are working with cattle.

If cattle are in a more open space, such a paddock, their flight zone distance is greater. Where they are in a situation where they cannot move away from the threat, such as in a cattle race, they will most likely become agitated and stressed if a handler is too far into their flight zone. For more information on this check out our recent blog article on low-stress cattle handling.
Cattle also have interesting social behaviour. They form complex social hierarchies which are reportedly influenced by weight and age (Schein & Fohrman, 1955). This hierarchy can impact feeding habits and other behaviours. Cattle have good memories and can remember many other members in their herd, they can even make best friends. When new members are introduced into the herd it is possible to upset the established hierarchy and sometimes cause some stress to particular members as they play and fight to establish dominance. This is one reason why it is unwise to mix cattle at the last minute in feedlot pens before they are loaded out to the processor.
Cattle spend a large part of their day grazing (about 8 to 9 hours depending on breed, age and quality of pasture) and they spend another large part of their day resting. Their grazing habits will increase when they are introduced to a new paddock, as they spend time exploring the new area. This will also vary with the animal's age and with the weather. In pasture situations, cattle have favourite spots that they prefer to rest, usually in a quiet place away from perceived threats. A little-known fact about cattle is that although they spend a lot of time resting, like many prey animals they spend very little time fully asleep.
A cow’s gestation period is about 283 days, similar to a human. After birth, the calf stands quickly and will begin suckling about 2 hours after it is born. Experienced cows are able to stand within a couple of minutes after giving birth, however less experienced cows or heifers may take longer. Cows will groom and lick their calves to mark them as theirs and will hide their calf between her legs and eat the afterbirth. Out in the paddock, it is common for cows to hide their calves, or herds may leave a group of calves together in a nursery situation with one or two cows taking watch, while they graze. 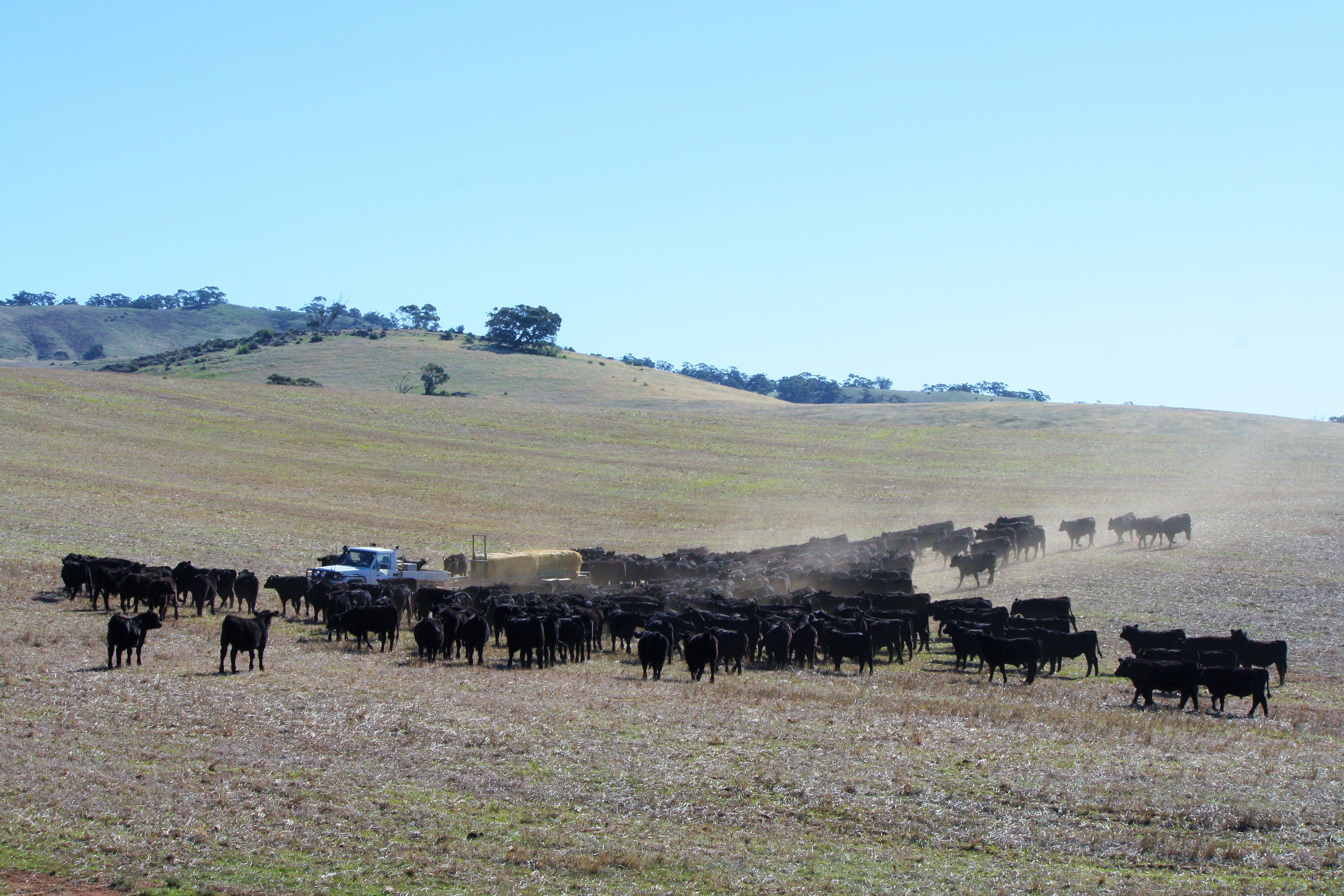 When cattle are Ill or injured, they often display abnormal behaviours to indicate that they are not feeling right. They may dip their head and extend their neck, stop grooming themselves, become antisocial and not keep with the herd. Sick cattle may start staring into space, try to hide and stop eating. They may also become overly agitated and aggressive and become a threat to other cattle, themselves or handlers. It is important to handle sick or injured cattle carefully, consult a veterinarian.

Meat and Livestock Australia have published various helpful guides such as the ‘Is It Fit to Load’ that producers can use when they are unsure on the proper action to take when they are confronted with ill or injured livestock.

Cattle are very interesting and curious animals and they love to explore and play with new objects in their environment. They are often playing and licking chains on gates and letting themselves out and we have found that as soon as they see you in the paddock fixing something they will often come and investigate once you are at a safe distance.
It is important to understand cattle behaviour in order to provide them with the welfare they deserve as improving their productivity.