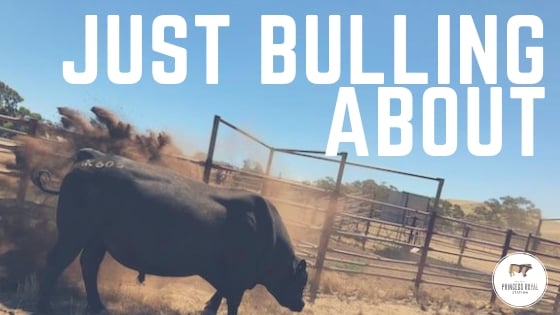 Throughout my bull breeding career that spans 35 years, I have heard every excuse about what went wrong. Now a reputable bull breeder does everything in their power to sell and deliver bulls to you that will perform time and time again. Longevity plus satisfaction are the two very important ingredients of success. Success leads to repeat buying.

That being said it needs to be understood that once you take delivery of a new bull(s), the obligation turns to you. You can’t just turn him out and forget him. Firstly, he needs feeding, plus knowing what animal health plus disease control is required.
It’s a good idea when he arrives to give him some mates. A few steers or heifers or like age bulls. Oh, and please, don’t put him in with the old bulls. He will get the shit beaten out of him and it’s frightening.
Think like the bull and how you would like to be treated. Oh, and when he turns up it’s scary, he’s been in a mob with his mates up to now. He’s just been on a truck and rattled around the country to your place. Sometimes he’s lucky and goes straight on a date with some girls. Sometimes he just gets put into a paddock and forgotten about until its date time.

Now for some important stuff. When you mate your bull, make sure he is healthy beforehand. Only join him with like age bulls that have been running together.

Don’t put a young bull out with and an old bull, you will surely see a broken dick. This happens when the old dominant bull knocks the young fella off when he’s doing his stuff. Believe me, you don’t want this to happen. Seeing it brings tears to any grown compassionate person.
Watch for anything amiss during joining and get any poorly bulls out of the females as soon as possible. There is a much better chance of recovery if you do this. Blokes can’t help but follow the scent, so take the opportunity away.
Make sure all your fences are well strained and electrified, there nothing worse than a wandering bull and once he learns it becomes a problem. Think about it, he has something dangling from the centre of his undercarriage. Scrape that over barb wire and your sure to have problems.
When you take your bull out of the cows or heifers put him back with like age bulls and give them plenty of room as they re-acquaint.
Happy breeding.

Topics: What we do, Caring for Livestock, Facts, Breeding, Genetics, Productivity