What Factors Delay Harvest in Australia? The majority of farming is an industry that is reliant on the changing of the seasons as well as the weather.

Farmers rely on rain and the sunshine at the right time for crops to grow, rain or the wrong conditions at the wrong time can hold up the whole show.

This season there are many farmers who are normally well and truly finished, are yet to finish harvest. The extreme weather conditions that South Australia has experienced this summer are out of the ordinary for this time of year.

This means that for many cereal crop producers, it has impacted their harvest.

So, all that can be done is to sit back and wait it out.
Due to the favourable seasonal conditions through spring in many of the cropping regions, ABARES estimated a bumper harvest for 2016. In South Australia, as at January 15th, 2017, Viterra reported receivables at 8.6 million tonnes. This is a record high result (ABARES, Jan 2017). However, in terms of yield and quality, it could have been much better.

So, what exactly has happened to impact the grain quality, forcing premium crops to be sold at lower grades?

Frost occurs on clear nights in early spring when the air temperature drops below 2°C. Damage to crops from frost may occur at any stage of the crop plant development. However, is most damaging at and around flowering (Spring/Summer?). Damage to the plant occurs when ice forms inside the plant tissue, the expanding ice bursts the plant's membranes, which results in mechanical damage and dehydration injury. Frost damage can reduce both grain yield and quality. What do you do with frost damage crops?

Heavy Rain, as we have seen this year in South Australia, can sometimes result in flooding, hail and strong winds. Just one of these weather conditions, or a combination of them, will give any farmer a headache at harvest time. When crops are fully grown, ripe, they are not going to benefit from any additional rain, rather they face yield and quality damage. In many instances, though, a crop or the majority of the crop will significantly recover.

Heavy rain and flooding can create waterlogged soils, delaying harvest, potentially flattening crops, and it can also increase the risk of some diseases in the crops spreading. Hail can wipe out the crop in its path and strong winds have the potential to flatten crops. But this all may depend on what stage the plant is, the severity of the weather conditions.

For many farmers, the harvest is nearly over for 2016 and they are busy selling their crops, but the prices are not desirable. Australia’s grain prices rely heavily on international market prices and trends because the majority of our grain is exported. As with many markets, the price the farmers are able to get for their persistent with this year’s harvest.
Luckily, for many farmers, their crops have had a bumper season. But due to the unforeseen weather conditions, a lot of the crops that were first expected to have a great season, are have been downgraded.
Learn more about how we set ourselves apart here: 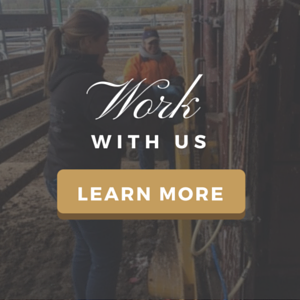