What is a Rumen?

For beef cattle feedlots such as ours, the rumen is very important. Cattle are ruminant animals, meaning that they have a four-chambered stomach.

The rumen contains bacteria and microorganisms that break down feed that the cattle cannot through fermentation. In the process, by-products are produced that the animal can absorb and use as energy. (animalsmart.org)

If not properly managed, feed intake can result in a condition called ruminal acidosis. What is that I hear you ask?

Ruminal acidosis is a metabolic disorder whereby the rumen microbes become degraded, resulting in serious welfare implications for the livestock.

Ruminal acidosis can result from high grain and low roughage diets, being difficult for the cattle to digest. The rumen has thousands of papillae to increase surface area, and roughage, such as hay and silage help to activate them and improve the rumen function.

It is for this reason that starter rations will usually contain a high percentage of hay and silage, to improve the function of the rumen before grain is slowly added to their diets.

What, when and how much cattle are fed in a feedlot is very important, not just for economic reasons, but also for the health and welfare of the livestock.

Many large feedlots employ a nutritionist to formulate recipes that will maximise the health and performance of livestock whilst they are in the feedlot.

It also takes a significant amount of experience to uncover the secrets to how to get the most out of livestock because, like humans, cattle are not all the same.

Depending on where the cattle come from, their background and genetics will determine how they might adjust intensive finishing.

Adjusting to a high grain diet takes time. Livestock are often started on a feed ration that has a very low percentage of grain. Over time, the ration is adjusted when the livestock are better able to digest more grain. But the entire process is monitored, putting the welfare of the livestock first.

Grains and feedstuffs used in feedlot rations will vary depending on the location of the feedlot. For example, in America where corn is readily available, feedlot cattle’s diets contain a lot of corn. In South Australia where grains such as barley and wheat are broadacre produced, livestock are fed white grains.

To complicate things further, temperature also plays a role in how cattle cope with the digestion of their feed. Because cattle do not sweat, they pant like a dog would.

During extreme heat waves, European breeds of cattle, such as Angus or Black Badly, will find it difficult to regulate their own body temperature. Adding grain to the mix can increase their body temperature further and become a risk to animal welfare.

These are just two of the many reasons why feeds and feed intake are so carefully managed at feedlots. 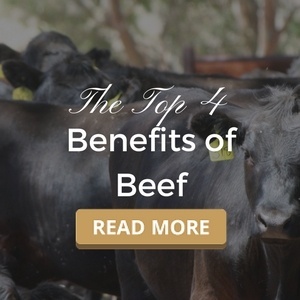