Why we need to do more with less 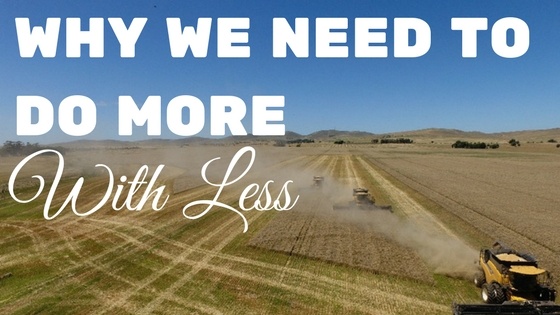 The pressure is on, now more than ever, to increase both production and productivity of agricultural practices, whilst remaining economical and environmentally sustainable and efficient.
Figures projected in 2009, by the High-Level Expert Forum - How to Feed the World in 2050, illustrated that the global population is expected to grow by a third between 2009 and 2050, or by 2.3 billion people to a total of 9.1 billion people.

Farmers and food producers will be faced with challenge after challenge as the demand for food globally increases.

Despite the increasing challenges faced by producers such as; The World Food Programme reported that in 2016 an estimated 108 million people faced what they referred to as ‘crisis food insecurity’ or worse up from 80 million in 2015. Factors such as conflict, high food costs and abnormal weather patterns caused by EL Niño were mainly to blame. (Food and Agriculture Organisation of the United Nations, 2017)

The news isn’t all bad, we are quickly becoming increasingly more productive and innovative in our solutions as we look to produce more with less. The government has a push towards assisting new and innovative technologies, research and development and projects that will also produce growth in our regional areas.

Australian’s have proven time and time again that we are among the most innovative, adaptive and efficient producers in the world, even with some of the highest production costs in the world.

Australia’s primary industry is using innovation through new technology, better resource management and improved business models as well as other things. Some examples include;

Australia’s primary industries are ever evolving and are constantly aiming to do more with less, and we think that they are Australia’s most exciting. We are seeing and hearing so many great stories from producers overcoming obstacles and finding new ways to innovate.

The following source was used as a refrence in this document: 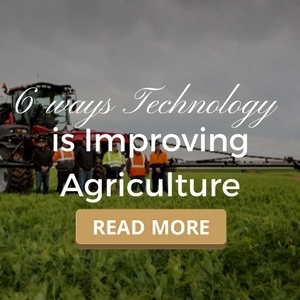